And I’d send a delegation to get Muyeye back here.
Muyeye, Myers and Murray, the 3M’s.
They seem to have completely bypassed Murray after the early hype. I’ve seen Murray bat a bit, brilliant keeper and promising batsman, but Muyeye is head and shoulders the best kid I’ve seen for a long time, he’s probably the best kid most people have seen for a long time, staring ZC in the face, let’s hope someone has the gumption to take a chance on this guy, he’s got a long haul ahead of him in the UK and I don’t see how he will be eligible any time soon. The problem for him is what cricket does he play in the meantime? They’re getting stricter and stricter over there.
Top

TapsC wrote: ↑
Tue Sep 03, 2019 5:05 pm
My suspicion is that they will give him another role which I think he has earned. Soft landing perhaps. Looking back I think we have been harsh on Hami. He got dropped multiple times until recently. Multiple.

Looks like we will have a new opening partnership uptop. Something a bit exciting actually. Burl Tari PJ and Kamunhukamwe are the guys I can immediately think of. I personally dont want BT to play uptop but knowing how ZC works if the youngsters flop a couple of times he will open. Problem is if BT is out in the first 5 overs we would have a serious handicap. We need a brave new brand of cricket uptop.

If I was Rajput I would even give Myers Shumba or Oldknow a shot, 1 of them could take their chance and surprise us all.

I’ve watched Burl many times as a youngster and a few times recently. As a kid he looked like a superstar, but at international level he’s not stand out by any means, he did ok against Ireland, but there were a few agricultural hoiks that surprised me, his go to shot was that dink behind square on the onside, you need to be confident in a couple more areas than that. I’ve watched Ed Byrom a lot this season and if we don’t get him back here he’ll play for England in the next few years. You read it first right here, he’s that good. He’s on his way to a big career.
Top

kudet wrote: ↑
Tue Sep 03, 2019 3:15 pm
i am tempted to think that he could soon be the players rep in the ZC board or the MD (given the impasse btwn the SRC and ZC). The numbers do not do justice to the talent that he possessed, a good servant and ambassador of Zimbabwe Cricket.. he had a bit to offer in the long format imho but in the short formats, it was increasingly difficult to justify his place in the squad. will miss his golden arm, the catches in the slips and his partnerships with Taylor and Ervine in the middle.. go well Hammy

Player rep on the board?
Yep I think you may have nailed it, plus perhaps a selector? Anyway he won’t have to guess or put in his CV, they’ve dangled whatever carrot they’ve dangled, and he’s bitten.
Top

Hamilton will be missed in the top order if the A team and fringe players are anything to go by. Had a solid technique and ended up scoring less runs than he should have.

Really been one of the faces of Zim cricket for well near 2 decades.

Best of luck moving forward. I too think hed do well as a selector.
(my cricket podcast) https://aewahid.podbean.com
Top

At last, one of Brendan Taylor, Craig Ervine or Sean Williams will open consistently in International cricket. 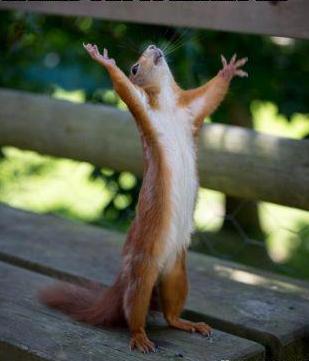 Hamilton Masakadza. You're a legend! I will never forget the sight of your dad as you were about to make your first century on Test debut. That act alone is responsible for the thousands of black kids who took to cricket.

You are an inspiration young man. All the best.
Voice of reason.
Top

Just shows what a shit show ZC is, here we have possibly the greatest black cricketer Zimbabwe has produced? Numbers wise he certainly is and they can't even scrub together enough cash for a home series for him to say goodbye to his home crowd?? Surely a player of his stature deserves a better send off than a few meaningless t20 internationals in Bangladesh????

Mixed feelings on this.

At his best he was a very handy player for us for a long time. Pillar at the top.
He did however go on one year too long, but kudos to him for being one of the few guys to be able to self reflect and see it (eventually), assuming he hasn’t been tapped on the shoulder.

His reputation took some severe damage by being a ZC lapdog and how he threw his guys under the bus. That was unforgivable.

I guess I’m glad he’s gone, but am thankful for a lot he has done over the years.
Cricinfo profile of the 'James Bond' of cricket:

As for his replacement up the top of the order ZC really should be doing all they can to get Eddie Byrom & Nick Welch into the fold, with Hamilton & Mire retired there's no real standout option to open in the current setup. ZC should be able to offer Byrom & Welch decent contracts which were previously held by Hamilton & Mire.

You'd think though in the current shit heap of a state the game is in guys like Byrom & Welch won't want anything to do with ZC, and they surely won't be silly enough to play a few meaningless ODIs like Murray & Roche did which has left them stuck to Zimbabwe.

At this rate even Black kids like Tawanda Muyeye & Sakhumuzi Ndela will probably stay in England rather than come back to Zimbabwe.

Looking at the current players they'll probably go back to Chamu, Chari or even Regis because he did well against the UAE, but we all know they won't do well against decent opponents. Kamunhukamwe looks the best of the younger generation & he is one guy you genuinely wants to open, Burl is another option as is Moor who can't really find his feet down @ 7.

I'd resist moving Raza up top because he's the best finisher in the land, Williams isn't an opener, Ervine could possibly open but he's doing well @3 again. I'd be happy enough for BT to open which would probably give the top order move resistance & there for giving the chance for someone like Tari, Burl or even Murray to bat in the middle order.

Forgive me Dogg I've been away for a couple of months, can you fill me in about this 'rift' ??

In a nutshell.
During the standoff,
Hamilton wrote a very public letter to the ICC pleading for reinstatement because it effects their livelihood etc.
all well and good until the last few lines where he said, and I paraphrase ‘don’t listen to the two players who went to the ICC shot ZC, they don’t represent the team and shouldn’t have done it’.

Raza especially was furious about being thrown under the bus by his captain publically and told him off, and implied he and BT went to the ICC by invitation and the fact Hammy wasn’t invited was because he held no respect by ICC and players.
I don’t know what happened after that.

Hamilton didn’t bite back with the same anger, but you’d have to think from that it was a strained relationship.
Shame, because up until putting BT and Raza on show, it was a decent and articulate letter.
Cricinfo profile of the 'James Bond' of cricket: