Googly, did you hear about this proposal to re-establish the national academy or a high performance centre of some kind? I hear it was presented at that last board meeting and is supposed to be and up and running next summer. I don't know where it will be or what form it will take but it's a 'priority' apparently. (and rightly so).

There was an idea floated at the end of last year that ZC were going to pay to send cohorts of young players to and partly fund AC's and Elton's places instead, but now it sounds like they are trying to go with their own in-house thing again. Interesting to see how it goes.
Top

No I haven't. They've been talking about this for years, but nothing ever happens. It doesn't add up. There's all these other "Academies" that are based where exactly and with what facilities and which staff and now there's talk of a national academy which will be based where and with which staff? You take the 2 best players from each of these other supposed Academies and put them in a national academy and the regional ones now don't have a chance of producing a national cricketer. The logical place is Country Club because you surely need an indoor, bowling machines, grass nets and a ground to legitimately start thinking about hanging up an Academy sign at the gate. I don't think ZC own a single bowling machine? The Astra nets at our premier ground are in embarrassing tatters, the $5 bucks coaches were supposed to pay for their use and upkeep disappeared into someones pocket

ZC won't fund 5 rolls of Astra, its a few hundred bucks, and they want to set up a national academy?? I'm sorry but there's neither the will nor the ability to make this happen effectively. We're still waiting for lights at Sports Club ffs. It's been a decade and they're in storage and probably obsolete

I had heard that the AC Academy is supposed to be getting some young English players this coming season and they'll presumably be paying Queen Elizabeth's so how much room will there be for Zim lads? There is actually a window now in winter but I don't see it happening. And now with Gary Brent being busy with the Ladies team who now runs the AC Academy?
He'd be run off his feet doing both and probably contractually not allowed to? It did occur to me, and I'm sure I'm not the only one

that with him now the full time ladies coach there's now an under utilised world class facility! Owning a fancy indoor facility is about as perilous as having a world class wheat crop in the ground one month before elections

There are not enough level 3 coaches to man a single Academy, in fact aside from GB is there another level 3 coach in Zim? And are there enough good young players good enough to justify sticking through a national Academy for a season let alone the plethora of others? There's maybe 4 or 5 young guys worth spending quality time on and the truth is they're probably good enough to play actual franchise cricket at the same time, so will they get to do both? And another truth is most of the existing established players could well do with some quality Academy time themselves.

Some broken nets and guys playing some half arsed cricket under minimal supervision does not an academy make.
This attempt at volume makes people believe that things are happening, but if you want to produce a quality cricketer he needs to have proper facilities and proper coaching and then some quality game time. Anything less is just a waste of time and a lame box ticking exercise and depending on how much cash they actually do spend it's a waste of that as well.
We've done years of this half baked stuff, how many more years need to be wasted before a proper world class system is put in place and run effectively and professionally? We produce a tiny handful of young players that can make it and when they're not well managed they leave or rapidly become run of the mill vaguely disinterested underpaid franchise players not capable of performing on a world stage.
Top

A few guys have succeeded but most wealthy folk who think they can come here and turn the place upside down with mega deals generally get spanked and scuttle off with their tails between their legs.
If this T10 is so fantastic why hasn't it kicked off right in his home turf? T4 is more cricket than we're playing now, but there's something that just doesn't quite add up.

Our guys aren't going to attract a world wide audience so is it the venue he's after? That doesn't make sense either.

This offer of a cricket stadium fills me with foreboding.
I'll almost guarantee they're going to revisit this ridiculous idea of one in Vic Falls. Just imagine millions being spent on a stadium that will be used once every two years for cricket and once every 4 years for political rallies.
That money would resurrect a dozen clubs countrywide, maybe 4 more in high density areas, would build and kit out half a dozen indoor training centers and would be a Godsend. Instead there's going to be some major leverage being attempted, a scramble on for crazy building and civils contracts and just skullduggery of the worst kind. I see Sir Wicknell Civils and Engineering (Pvt) Ltd bidding for at least the solar work.
Why would this guy specifically target Zim for his T10 venture? Beware of strangers bearing gifts, but don't look a gift horse in the mouth. 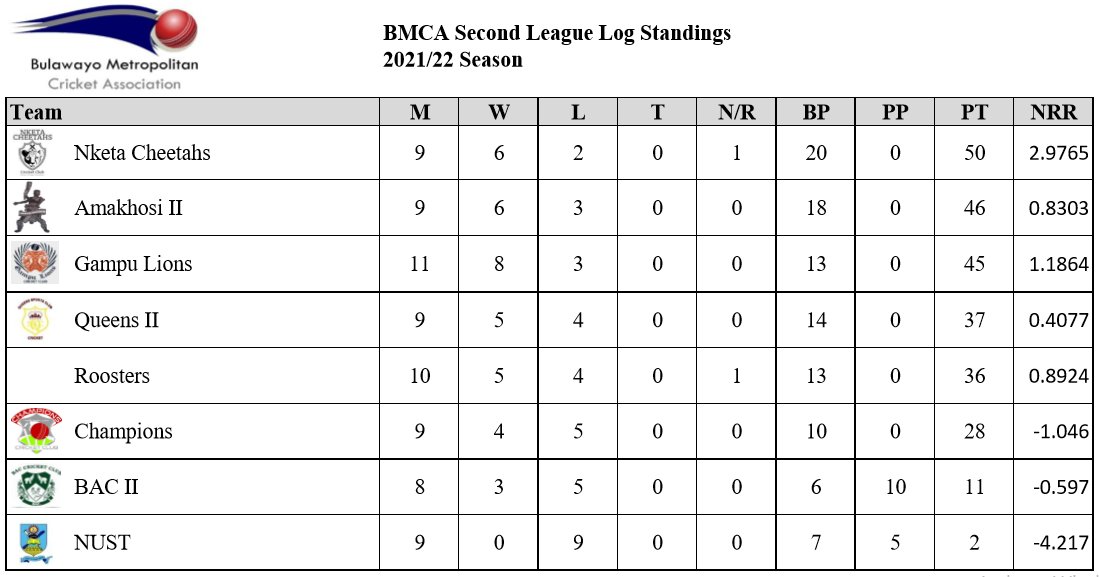 
Nice to see club cricket happening across the country.
Top

Another 150+ score for Marumani today. Not many guys score 100s at club level in Zim so we must take some hope from his recent form.
Top

The kid can clearly play. That shot he played against Hasan Ali over mid wicket for 6 proved it. He just needs time, simple
Top

Is that not a typo?
8-26 Dzikiti
That must be some sort of unbreakable record.
Top
Post Reply
108 posts